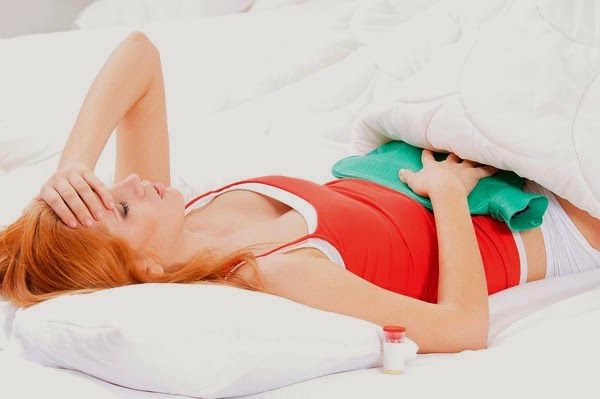 Menorrhagia is an excessive blood loss within a normal menstrual cycle if you have to change your sanitary protection every two to three hours, but periods remain regular. The amount if blood lost varies, but normal blood loss is less than 80ml per period, It is difficult to measure blood loss, but there are simple guidelines to distinguish normal from excessive loss. In excessive loss, the blood flow is heavy enough to clot and cannot be contained by tampons alone.
If there is not an unusual amount of pain, menorrhagia may be due to fiborids. If heavy bleeding is accompanied by pain, the cause may be pelvic infection or endometriosis. Periods may become heavier after having a coil fitted, The most likely cause is fibroids, particularly if you are over 35 years old.
Then you need to cure and if necessary consult your doctor. Because excessive or prolonged menses, may be the cause of anemia and you will feel weakness, laziness, tiredness, headache and poor connections. Some useful home remedies may help to reduce excessive bleeding and longer menstrual but if you feel not effective and the problem is remaining then consult your gynecologist.

Mix all ingredients in equal quantity and keep it in a jar. Daily take 1 teaspoon with one cup of water and make a tea. Start drinking this tea before one of menses date. Not only control menstrual flow and bleeding disorder also reduces horrible cramps.

Soak 4-5 Snake Roots (anjbar herb) in a glass of water. Boil this water for 5 minutes in the next morning and cool it before drinking. It is very effective and useful remedy to reduce heavy bleeding.

Soak 8-10 Tamarind (Imli) Pcs and 5-6 Dry Plum (Aaloo Bukhara) Pcs. in 500 ml water over night. Next morning refined all seed in this water and grinds this mixture and adds 2-3 tablespoons of honey or you can use sugar in it. Drink it with an empty stomach for 4-5 days. Continued use of this juice before and during every menses for 3-4 months will must reduce your this problem.

Drink Orange Juice with 2 tablespoons of Lime juice daily 4-5 glass especially in the morning with an empty stomach. Vitamin C considered to reduce the symptoms of heavy bleeding. Goose Berry and Mint Juice to Reduce Heavy Bleeding Menses Mix Goose Berry (Amla) Juice and Mint juice in curd and use it thrice a day. It is the most effective remedy for heavy bleeding.

Boil 2 tablespoons of Coriander seeds in a glass of water. Cool it before drinking it is a very useful remedy for heavy bleeding. or boil Fresh Green Coriander leaves in 1/2 kg water, when water evaporates into half off the flame and mix Natural Sugar (mishri) in it and sip it like tea. After 3-4 doses heavy bleeding will decrease positively.

Ginger natural herb is very much effective, ginger tea with honey helps to reduce menstrual overflow. Use it after every meal. Neem Leaves to Reduce Heavy Bleeding Menses Boil Neem leaves with parsley in 3 glasses of water. Drink it three times a day to cure heavy bleeding.

Eat Banana Flower with yogurt daily in the morning is best to reduce heavy and longer bleeding.

Make a glass of juice with Broccoli and fresh apple. Drink this juice daily 4-5 time for better results.

Boil 5-6 Areca nut (Supari) in 2 glasses of water, when water squeeze into 1 glass cools it and drink this water twice a day. It is also a very effective home remedy for heavy bleeding.

Dry Pumpkin Pulp in room temperature and crush it. Mix it with Natural Sugar (Mishri). Daily eat it with Milk or Yogurt. It will must decrease heavy bleeding.

Rub 20 grams Jamun tree skin in 125 grams water, filter it and drink it. Daily use of 2-3 times during the day is very much effective and useful for heavy bleeding.